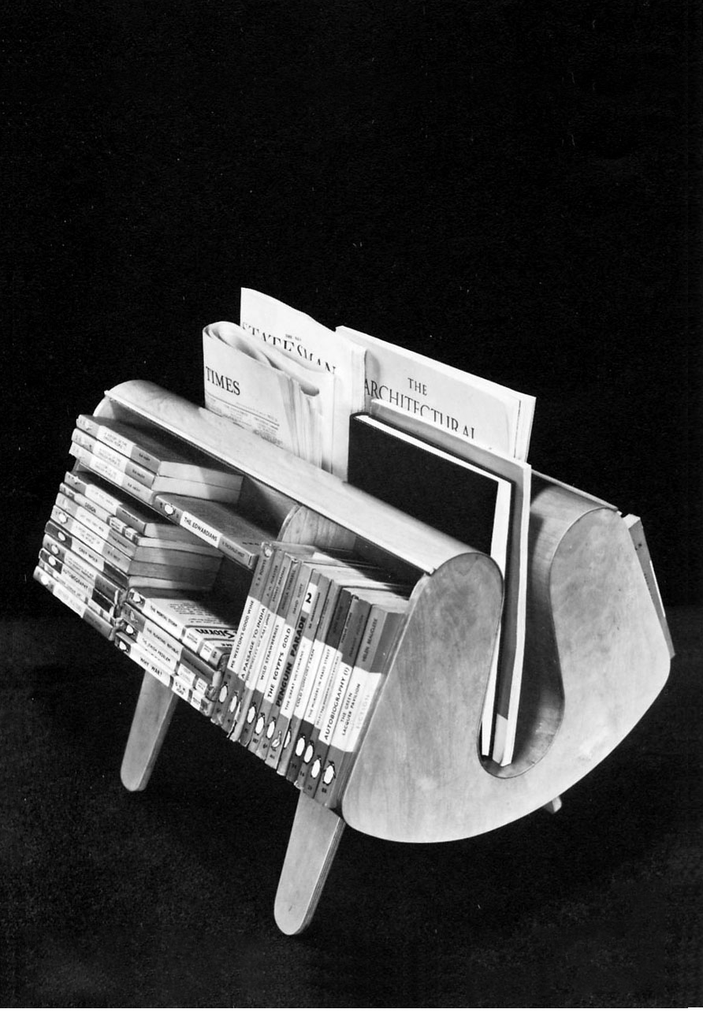 Austrian designer Egon Riss fled the Nazis in 1938, joining Jack Pritchard’s Isokon firm at Lawn Road Flats in 1939. Riss was the replacement designer for Breuer after he left for the USA at the end of 1937. This design is known as the Donkey for its resemblance to panniers and four leg base. It was specifically made for Penguin books; Sir Allan Lane had founded Penguin books in 1936 and there are several letters between him and Jack Pritchard of Isokon from the summer of 1939 about its development.